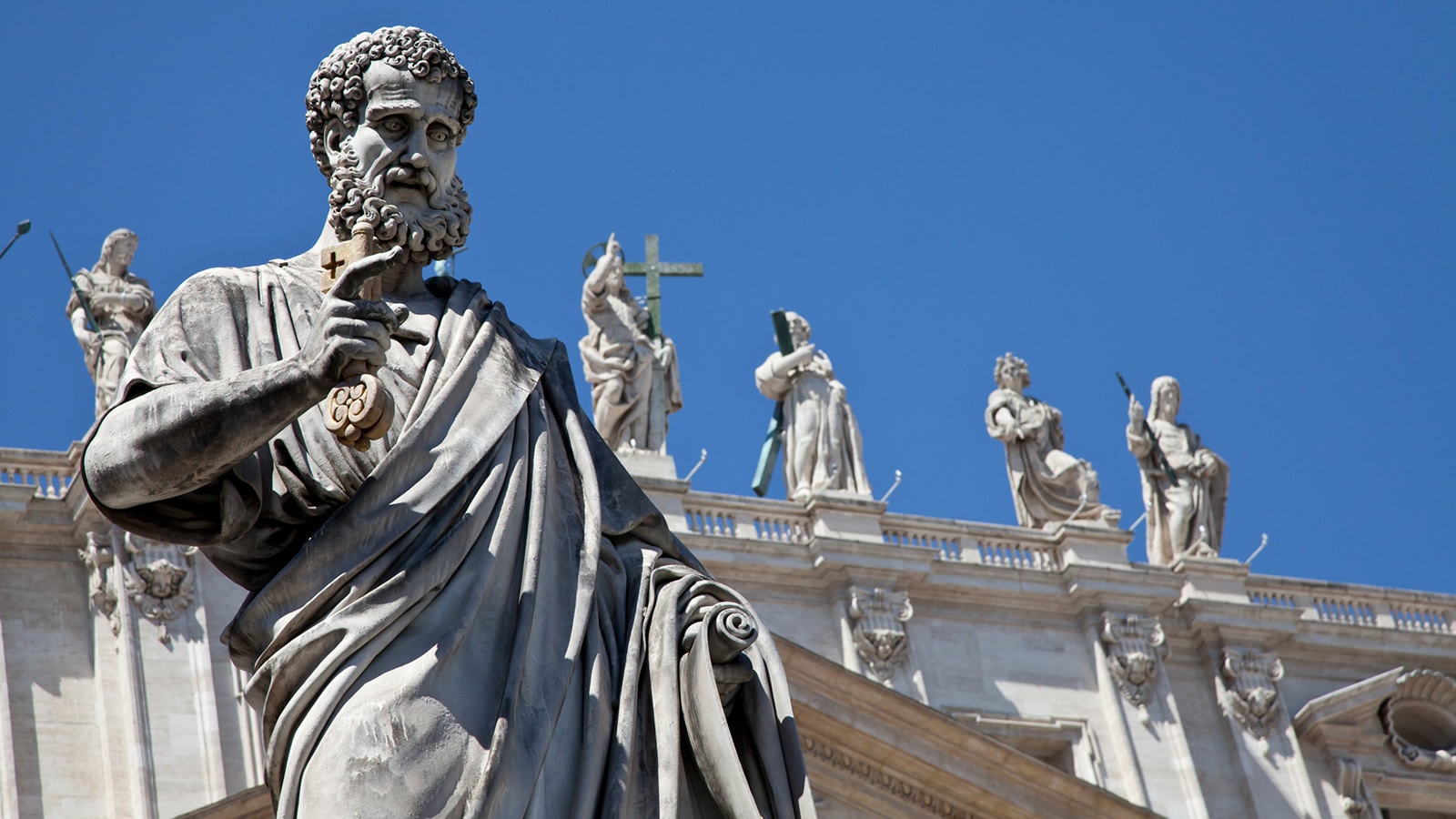 St. Paul famously tells us that when we are weak it is then that we are strong. Genesis is a prime example of God choosing to use the weakness of human beings to show forth the strength and the glory of God. It is through Adam’s weakness and fall that God was able to provide us so great a savior. God used the weakness of the sons of Jacob to bring about the rescue of their family during the great famine. The divine pedagogy is continually revealed in God’s response to Israel’s failures to live in accordance with God’s will. The ultimate example is our Lord. In his human weakness he was broken for our sake to win for us our salvation. As the example in the opening sentence shows, the pattern of human weakness providing opportunity for God to manifest His strength through his creation continues into the New Testament through the apostles. They were scattered in their weakness, but inflamed by the Holy Spirit at Pentecost to build the Church. A church which persists, through persecution, for over two millennia. Peter – the first Pope of the Church – is an example of God working from within our weakness and brokenness, to bring about his kingdom.

Peter’s weakness is on display throughout the Gospels. The very first thing we know about Peter is that he is a fisherman by trade who fished all night and didn’t catch anything. In his very first conversation with Jesus he asks the Lord to depart from him because Peter says that he is a sinful man. Peter continues to show his weakness in the Gospel as he fumbles over what to do when finding himself in the presence of Moses and Elijah at the Transfiguration. He forgets himself when he presumes to rebuke Jesus and must be put in his place. Near the end of Jesus’s mission on Earth Peter fails to see God’s plan and lashes out at the Roman soldier with a sword and violence, but later in that same night loses all his zeal and shrinks at the occasion of being asked if he is Jesus’s follower. This display of weakness is so painful that it results in Peter bitterly weeping with regret. However, the Catechism – quoting St. Augustine – points out that God would never allow evil and weakness to enter the world if he were not capable of bringing good from it. Like the patriarchs of old God uses these failings of Peter to bring about great good and to reveal the divine pedagogy.

Jesus uses these apparent failures of Peter as teachable moments not just for the Apostles but for us as well. Peter’s bad fishing sets the stage for a dramatic miracle that calls the disciples out of a life lived for worldly pursuits to a life of catching men. Peter is right to say he is a sinner, but Jesus reveals that he came to call sinners not those who claim righteousness for themselves. Peter’s gaff in the presence of Moses and Elijah gives Jesus the opportunity to reveal that his glory is not to be found here on Earth but in heaven. Being called Satan by the savior would be tough words to swallow, but Peter needed them as medicine to heal his heart of the desire to lean on his own wisdom instead of divine providence. Peter seems to be set up for failure when – responding to Jesus’s mention of swords earlier in the night – he brings the sword into the garden of Gethsemane, but Jesus again uses this teaching moment to show Peter a better path than taking justice into his own hands. Ultimately, Peter’s denial brings him to rock bottom. In the same place where Judas lost all hope and used the end of his rope to hang himself, Peter ties the end of his rope to the anchor of hope and trust in God’s plan.  From the depths of despair, Peter is pulled from the deep to feed the Lord’s sheep as the first Pope.

Alternative theological perspectives might argue the point that Peter’s weakness is not used as a teaching moment by the Lord but that the Lord works in spite of Peter’s shortcomings, not with them. An example of this perspective is an alternate interpretation of the commissioning of Peter as Pope. A popular argument is that Jesus is saying that Peter is small and that “This rock” – one could imagine Jesus gesturing to himself – is what Jesus will build his church on. However, scripture shows God filling up our weakness with his grace rather than supplanting our weakness and acting unilaterally. God does not ask us to move aside, but instead asks us to cooperate with His grace. It is only in the humility of our weakness that we are receptive to setting aside our pride and allowing ourselves to be filled with the grace of God. God wants to be in relationship with us in our brokenness and in our weakness. He wants to fill up our emptiness. He does not want humans to stand aside and gaze on him from afar but he calls us into a participation in the divine. That is why God uses relationships with the weak and the broken to manifest his power in the world.

Jesus eats with sinners and tax collectors not the royal and powerful. He touches the lepers, and the unclean. Jesus shows us not in a break from the old testament, but in continuity with it, that God comes to dwell with the broken in order to heal them. He chooses from among these broken souls to build his church to give us hope that God will bring about great good from the sinfulness of humanity. Peter proclaims himself a sinful man, but Peter is exactly the type of man Jesus is looking for. Peter – the first Pope of the Church – is an example of God working from within our weakness and brokenness, to bring about his kingdom.

Previous Post Living the New Evangelization through the #NazariteChallenge
Next Post What was the original sin?
0 items in your cart